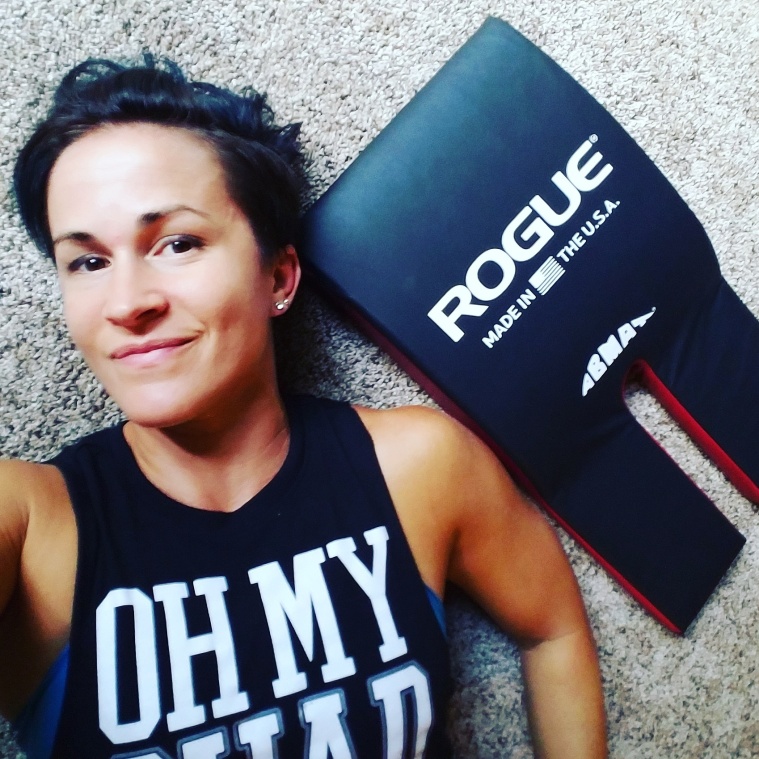 So I had this idea…

I started doing CrossFit a few years ago and was soon introduced to the AbMat. A simple device designed for supporting the lower back while doing sit-ups. After a couple of workouts with the AbMat I quickly discovered a problem with this popular design.

To perform the exercise you sit on the floor and lay back on the mat to support your back, but sitting directly on the floor puts pressure on the tailbone area. Then, once you start rocking back and forth the pressure and contact can actually leave your tailbone area bruised, with broken skin and in some cases dislocated.

It was a well known joke in the CrossFit community that “crack rash” was a widespread negative side effect of traditional AbMat sit-ups. I started thinking of a way to “solve” the problem. I watched many athletes roll up a yoga mat to put under it, but it didn’t do the trick.

I remembered from my husband’s cycling days a particular bike saddle that was very popular because it had a “cut away” portion in the middle-alleviating pressure and discomfort in the groin area while riding. This was the answer. To eliminate ALL pressure there needed to be a channel cut away from the mat. To do this you would need to extend the actual product so that the user could sit on it. This feature actually made it more stable during use.

I ordered two mats online and went to Michaels. I bought wood board, Styrofoam, cushion, glue and a vinyl-like material at Wal-Mart. I sat in the floor of my living room and started measuring and cutting and ignoring the smirks on my husband’s face.

To my amusement, the prototype resembled a backside and legs, and the name was born: The WiseCrack. I loved that the name and shape of my design was complimentary to its use. (One of my friends remarked that it was my personality coming through.)

I used my prototype for over a year while I researched obtaining a patent. Luckily for me the path to production to another turn. I took my prototype to an auto upholstery shop, accepted their confused looks and convinced them to remake my design. They did, and a few hundred dollars later I had a well made version.

I then decided to send it to a dear friend, coach, mentor and boss Coach Mike Burgener. Coach B is the weightlifting celebrity of CrossFit. He LOVED it and introduced me to the owner of Rogue Fitness, the world-wide manufacturer of equipment for the fitness industry. Fortunately for me they saw the potential, we reached an agreement, they kept the name and…Voila! 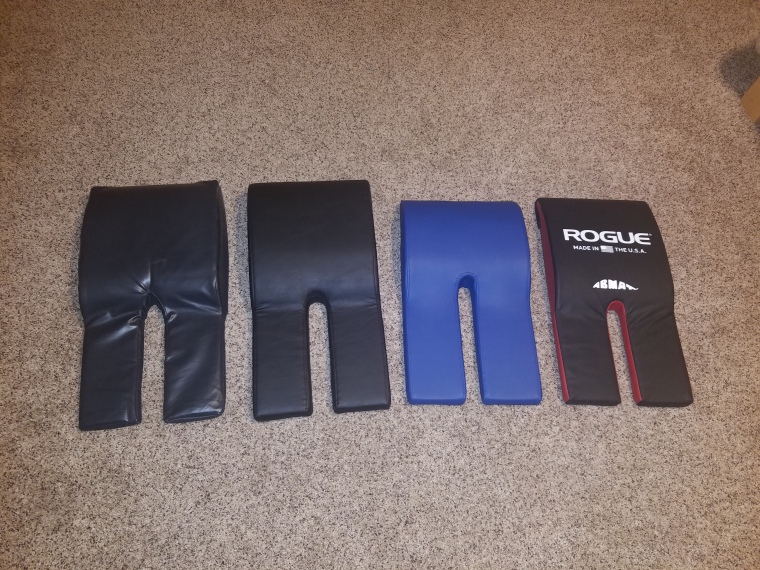 Rogue sold out THREE times in a row before production could keep up with the demand! I am beyond excited that this crazy idea is now a reality and that it is solving a problem. Boom.